Giving a new meaning to the ‘black box,’ INOU (pronounced E-no) is Cateye’s first foray into the GPS and camera world. Its name comes from Ino Tadataka, the Japanese surveyor who was the first person to accurately map Japan in the early 1800’s. Handlebar mounted accessories are nothing new to Cateye, who is one of the premier computer and light brands in the industry; however the INOU isn’t what you would first think of when you hear GPS, camera or video device.

While it’s not meant to compete with the likes of Garmin for GPS or GoPro for video, it’s a whole new device designed to fulfill our insatiable desire for social networking. What the INOU does is give you the opportunity to map where you’ve ridden and share pictures and video you took along the way, all the while allowing easy posting to Facebook, Twitter and YouTube.

Without a display screen, the INOU’s GPS is not for navigational purposes; rather, it’s for after-the-fact route viewing. A built-in camera can be set to automatically take photos every 1, 2, 5 or 10 minutes during the ride-perfect if you need to prove to your friends that you don’t spend all your time sitting in a coffee shop. If you want a picture of something specific, you can push the photo button to take a picture at any time.

For video, push the video button and record clips of a twisty descent or a sprint on a group ride. The 640 x 480 video resolution is not going to satisfy the HD crowd, but it’s good enough for YouTube clips. The back of the INOU’s water-resistant body opens to expose two AAA batteries and a micro SD card. The device comes with a 1GB SD card, but will accept up to a 32GB card. Also included are easily adjustable mounts for both handlebar and helmet.

Simple is the word that best describes the three-button INOU. One push of the start/stop button, and once the GPS satellites are acquired, hit the record button and it’s ready to go. With the camera automatically taking photos at regular intervals, the only thing you need to think about is any video you might want to take, and, of course, pedaling.

Trust us: this is a whole lot safer and easier than fumbling in a jersey pocket for your cell phone to take a picture while simultaneously trying to pedal and steer.

After about six hours of use the INOU’s two AAA batteries start running out of juice, making for a lot of battery changes if you were to use it on all your rides. Post-ride downloads require removing the micro SD card and using a card reader to download the data to http://www.inouatlas.com. Once downloaded, you can view your ride route along with the geotagged photos and videos. You can also post links to Facebook or Twitter, making for easy sharing with all your friends.

While the Cateye INOU is not for everyone, it accomplishes the job it was designed for; having photos and videos geotagged makes the ride route a lot more fun to view and share. Two things that we think would make the INOU better and more user-friendly would be a rechargeable battery and the option to download using a USB cable. There’s little doubt Cateye is testing the water with the INOU. Our guess is we’ll be seeing more video offerings from them in the near future. Maybe something high-definition? 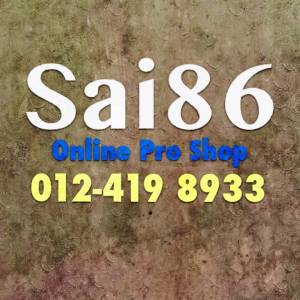